Pride Plays – Shift Scot at the Traverse 2020
We’ll Meet In Moscow received dramaturgical development and support from Shift Scot and the Traverse Theatre for a weekend festival of Pride Plays as part of LGBTQ+ History Month 2020.
https://www.traverse.co.uk/whats-on/event/pride-plays 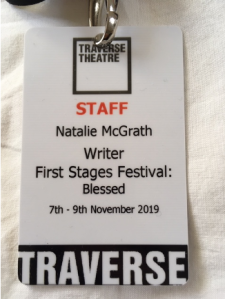 Traverse Theatre Open Submissions 2019
Natalie was one of six writers selected for Open Submissions 2019 at the Traverse Theatre. This is the Traverse’s development programme through an open window submission. Blessed received fantastic in-depth development with actors and a director, and one to one dramaturgical support from the Traverse’s Literary Associate Eleanor White across the year. Culminating in the First Stages Festival in November at the Traverse with rehearsed readings with audiences, workshops and new writing platforms across the two day festival.
https://www.traverse.co.uk/whats-on/event/first-stages-festival-blessed-exquisite-corpse

The Sound RnD 2019
The Sound RnD work has been supported by Arts Council South West Project Grant Awards. This has seen the early stage development of a new play about the lives of young queer characters in Plymouth. There has been a writing residency at Dartington Live and studio time with young queer performers at the Theatre Royal Plymouth.

The project has also seen in-depth dramaturgy taking place with Josie Sutcliffe and a developing collaboration with Dr Jana Funke from the University of Exeter, where there has been an ongoing commitment to ‘queering’ RAMM – Royal Albert Memorial Museum in Exeter. This has produced the very first Rainbow Trail for the Museum, responding to their collections in collaboration with young LGBTQ+ people from X-Plore Youth Group and Exeter College.

A new LGBTQ+ platform has been established at Exeter Phoenix as an Open Mic and Social to encourage and support new queer work in Exeter. The outcome of supporting four young queer artists with small commissions will see this work further developed and performed at Exeter Phoenix’s 2019 Come As You Are Festival. 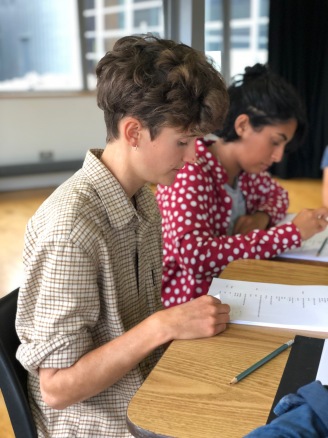 The Sound 2018
Supported by an Arts Council South West Project Grant Award this new project is about developing a new play about the lives of young LGBTQ characters.  As part of this very early stage research and development work, I will be working with young LGBQT+ people to find out more about how they use language and self-identify. There is also a new collaboration with RAMM (Royal Albert Memorial Museum) in Exeter, supporting and developing ideas of how to queer the museum.